July 1st 2016 is the 100 year anniversary of the bloodiest battle of the First World War. Known as ‘The Battle of the Somme’ it claimed the lives of over 73,000 men.
Of these men at least 45 came from Chesterfield and the surrounding area. The front page of the Derbyshire Times featured row upon row of the faces of the local men lost on that day.
Two of those men were brothers Adrian and Richard Verner whose father Julius Anton Verner, a Russian immigrant was the manager of Staveley Iron and Steel Company.
The boys had enlisted on the same day with the York and Lancaster Regiment in Sheffield and they were given consecutive regimental numbers. Both shared the same birthday, July 2nd although there was two years difference in their age. 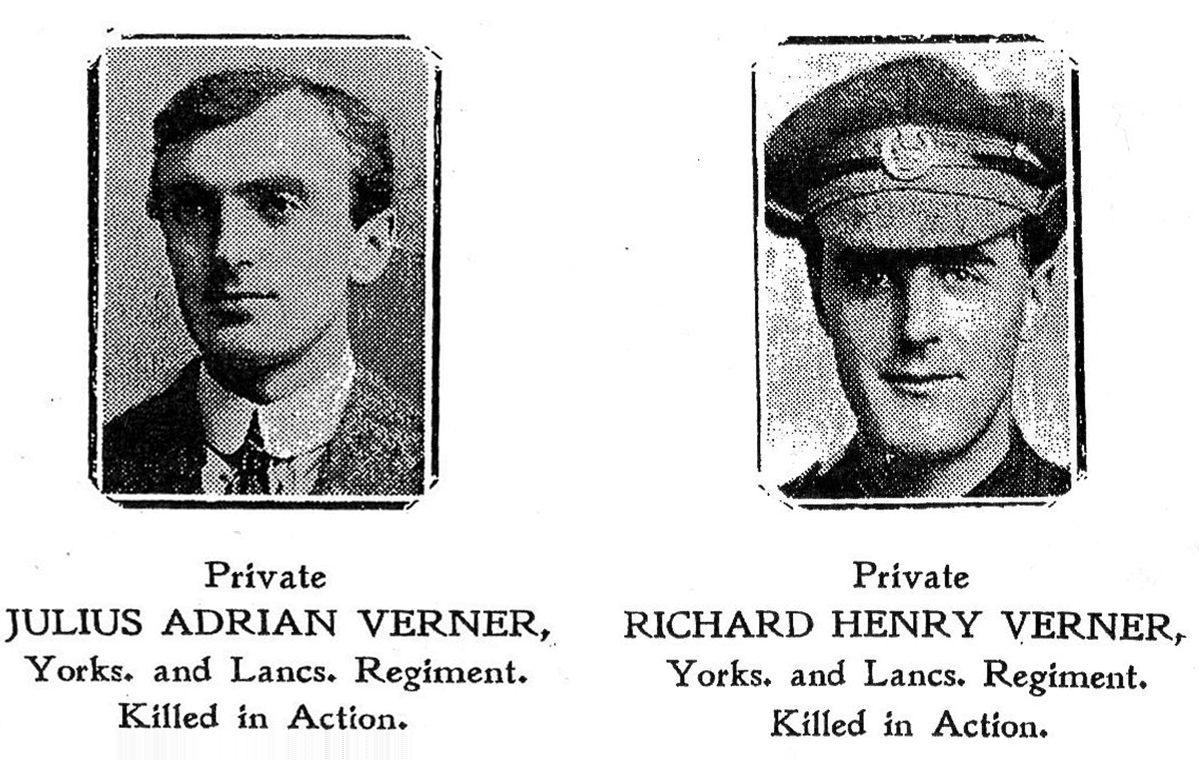 The other day Mr and Mrs Verner of Spring house Calow received the devastating news that their two sons at the Front had been killed.
The information was conveyed in the following letter;

It is my painful duty to have to inform you of the death of both of your sons. They both fell during the attack we made on the first of the month with many friends. They could not possibly have had more noble deaths, though that is poor consolation I know for such terrible news. It was just such men as your two sons who has made the name of this battalion.
They were both held in great respect and it was a pleasure for me to recommend them for their commissions. The remnants of the battalion mourn for you and for the many brave parents left at home who have lost sons.

The two sons referred to are Privates Adrian and Richard Verner who in the September following the outbreak of war gave up lucrative positions to render what service they could to their country. Both boys were educated at Chesterfield Grammar School.

The boys are remembered on war memorials at Calow and Chesterfield Grammar School as well as on Thiepval memorial in France. 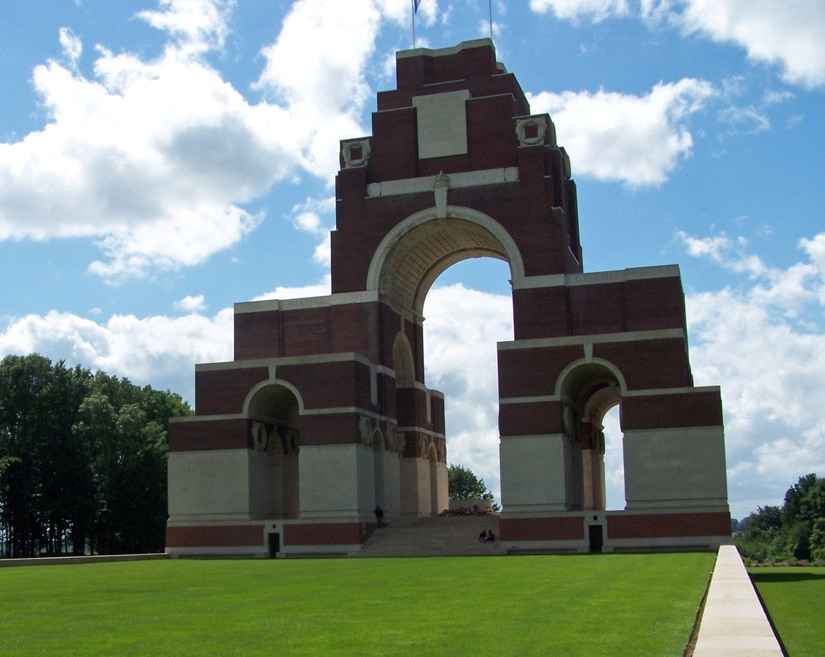